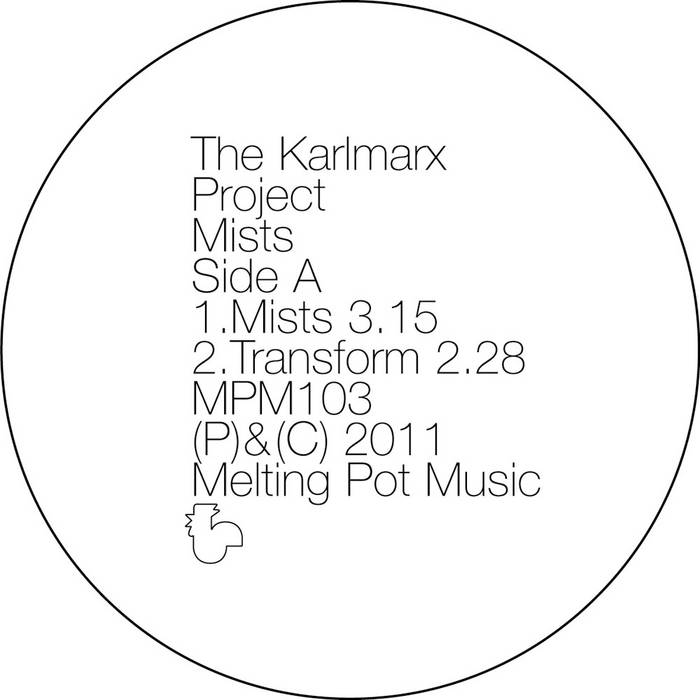 Vinyl copies are available at the MPM Store www.mpmmailorder.com.

Karlmarx are brothers Isaac Aesili (aka Karl) and Mark McNeill (aka Marx) from New Zealand. The „Mists“ EP is the first taster from their forthcoming fulllenght „The Karlmarx Project“. It is music from the dark side of the moon, fusing electronica, techno, synthpop, industrial, future soul and instrumental hip hop into something new and exciting.

Karlmarx have enjoyed early support by Benji B (BBC 1Xtra) and Lefto (Brownswood). The song „Mists“ will also be featured on the forthcoming Brownswood comp „Lefto & Simbad present Worldwide Family Vol.1“ Isaac Aesili is a musician, producer and DJ with a Masters Degree in Political Science from Auckland University. Trumpet is his main instrument but Isaac also sings and plays percussion. He released his first solo-album „Eye See“ in 2009. Isaac is also a ember of New Zealand soul/funk bands Opensouls and Eru Dangerspiel and played in the niw defunct The Recloose Live Band.

Mark McNeill is a producer and sound engineer who also studies film at Canterbury University. He was initially the studio engineer for The Shocking Pinks, who are signed to DFA Records in New York.
credits
released 14 January 2011