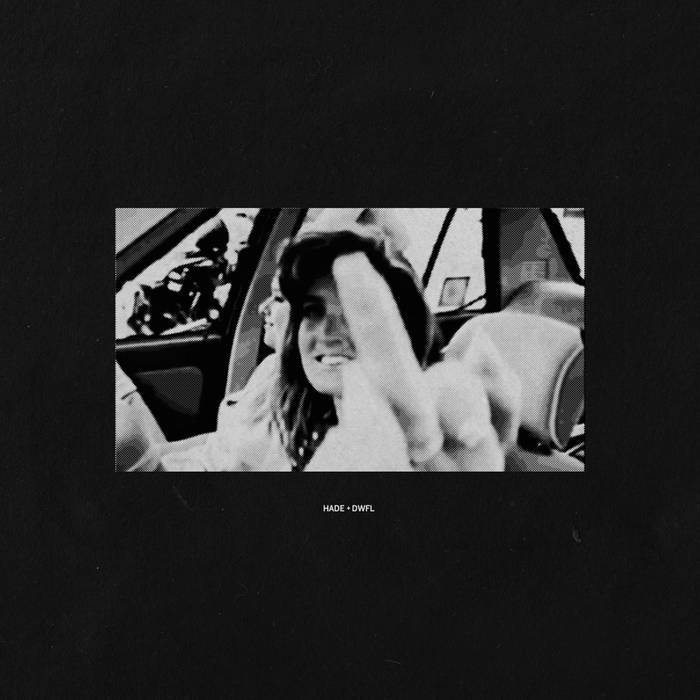 Please meet “Vinnie & Kelly”, the new EP from HADE + DWFL. The two dope boys from Cologne got their double cups filled with footwork, r&b, cologne garage and a remix by Lockah.

The record comes with a beautiful silkscreened sleeve, designed by Hade and printed by Pressure & Ink in Köln-Kalk. It is limited to 200 hand-numbered copies and includes a download code.

Cologne’s producer duo HADE + DWFL don't do aerobics – they do beats and bassline steppers and they're pretty darn good at it. Check out their acclaimed debut „The Healthiest Man In Chicago“ and you know what's up. Cooking up a heavy stew of next level beats, footwork, Chicago house and sounds from the outer fringes of the bass spectrum, the HADE + DWFL formula has already proven to work out on floors and festivals across Europe.

For the record: back when Ed Banger and nu rave was king, HADE + DWFL were big in BeNeLux with their former band Ampersand. Fast forward some few years and the classically trained synth-wizard HADE has become a staple of CGN’s rejuvenated nightlife; he also rocked the Beat BBQ, Splash! and Melt! Festival 3 years in a row, spun records for Mykki Blanco or Mobb Deep, remixed everyone from Iamnobodi to Baba Hafti, and shared the stage with Oneman, Schlachthofbronx, Eliphino, AndHim, The Underachievers and many more. Recently, Hade’s heartfelt tribute to DJ Rashad’s untimely passing was championed and played out by everyone who has a say in the world of low end frequencies - from the Teklife gang to Vice's Thump mag (who pronounced the tune their track of the week) to long-time supporters Oneman, Gilles Peterson and London’s Young Turks camp.

Arguably at his best alongside his production partner and fellow Al Bundy enthusiast DWFL, the boys now deliver on the promise of their full-length debut with their new EP “Vinnie & Kelly”: a soul-stirring three-act play of love and despair in a footwork and UKG stylee, inspired by young Christina Applegate and Matt Leblanc. Well, dope next-gen club music is what it is, really.

Written and produced by Hade & DWFL
Mastered by Roe Beardie at the Brewery
A&R: Olski | PM: Tom
Artwork: Hade
Silk-screened by Pressure and Ink in Köln-Kalk. www.pressureandink.com
This EP is limited to 200 copies.